After spending time getting to know the market community, each artwork depicts either a regular customer or trader. These include Chris from the Battery Centre, Des from The Butchers Arms and Marta’s Chimney Cakes to name but a few.

Helen says, “Even in just a few days Basildon market felt like home. The stall owners were so welcoming and it was a privilege to have a small glimpse of their daily lives and celebrate them exactly as they were in those moments. Just wish I could have stayed and painted them all!” 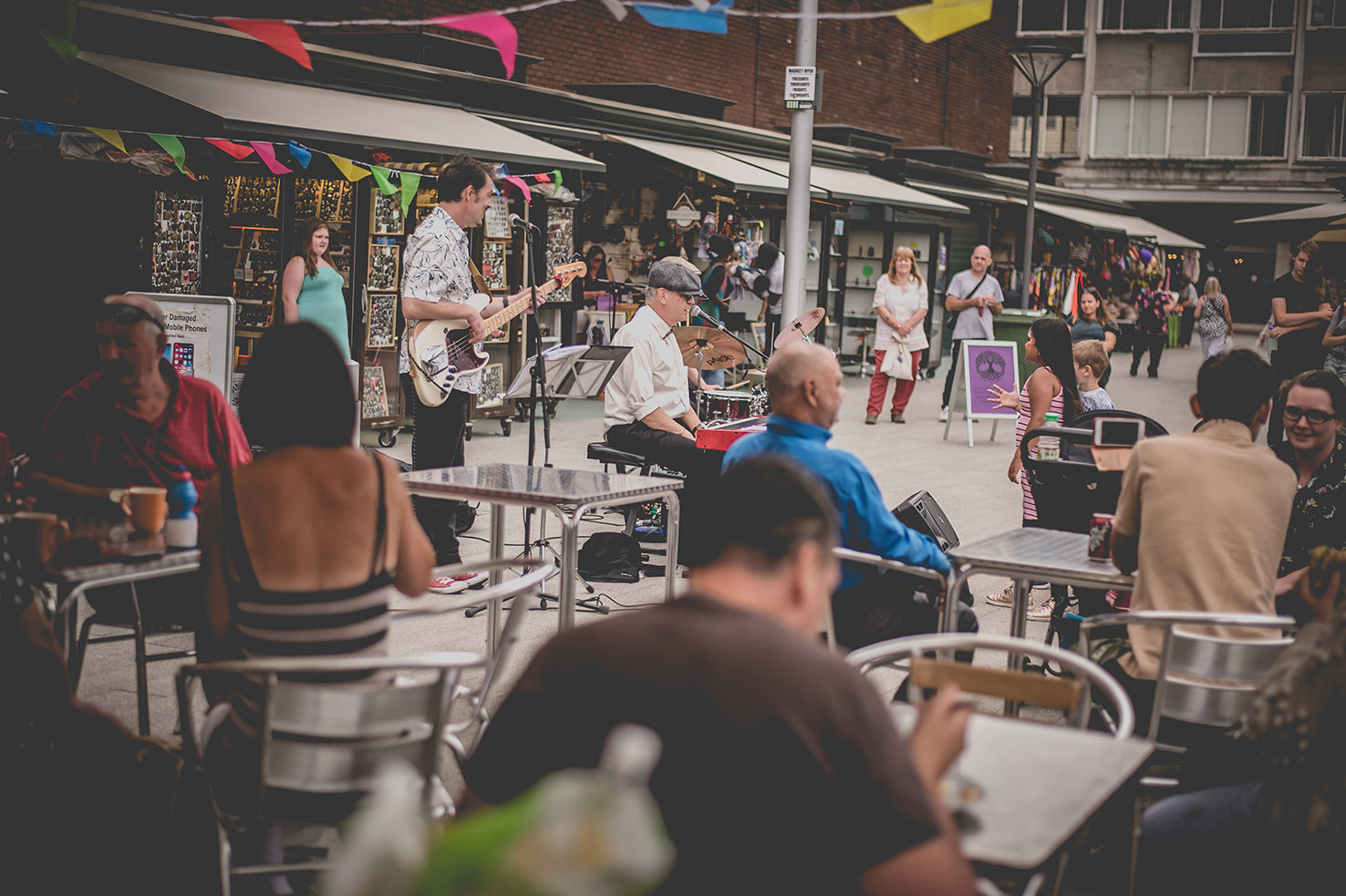 Basildon Market is home to over 40 traders offering a wide variety of goods and services. Many of its traders have been located at the market for 30 + years and are renowned for quality, service and value.

Opened to the public in September 1958, at one point it boasted over 19 greengrocers, not to mention a cacophony of characters! Nowadays, Basildon Market is proud to have been serving the local community for over 60 years.

Helen’s work can be seen adoring walls across the globe from Brazil to India to the USA & Europe where she has participated in various notable projects and festivals. She has had solo exhibitions in London, UK and Madrid, Spain, has been part of group exhibitions worldwide. She also co-directed the ‘Empty Walls’ street art festival for 2 years in the UK alongside running ‘The Abacus’ a multifunctional creative art space in the centre of Cardiff, noting the important role active community engagement continually plays in her work.